Receiving a kidney transplant after many wrong turns 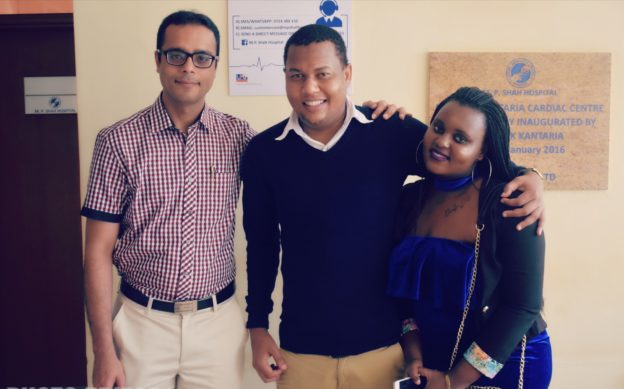 Peter Chakaya talks about the difficulties of receiving dialysis in Kenya, where it turned out to be very expensive and difficult to find a good doctor. Meanwhile,  as a result of misleading information, he struggled for many years to find a matching donor, only to finally receive a kidney from a family member.

I am a kidney warrior who started dialysis at 21. At the time, dialysis was so expensive in Kenya that my family could only spend as little as $250 a week. I suffered so much that I had to drop out of university. I started looking for a transplant but was eventually misled by a nephrologist who told me that I should find a donor of blood type A- or O- with myself being blood type A-.

I was advised against an arteriovenous (av) fistula, so a catheter was put in instead. After two weeks, the catheter was blocked. Same with the one thereafter. I was fighting infections every two weeks. All my veins were blocked by catheter thrombosis. Later on, I had an AV fistula placed, but it failed. I eventually had a second one, but it also failed because of the blockages caused by the catheters. After 8 years of dialysis, I had no usable veins left. The jugular and subclavian veins were all blocked. I then consulted a vascular surgeon who attached a catheter to my left femoral and told me to pray for it to work as it was my last option.

I felt so down, so discouraged and lost all hope in life. I then began to search for a donor on social media [1] and finally found a man who promised to help me. We started doing blood tests. During this process, my left femoral catheter got badly infected and I received very powerful antibiotics; but the infection did not heal. Every time I went on dialysis, I got shivers. I was in a tremendous amount of pain and frustrated because I didn’t have another option to getting that catheter fixed. Finally, I received a seven-day course of antibiotics. The infected catheter was removed and replaced by a temporary one. After suffering for several months, the infection cleared up. After a CT scan, I discovered that I had a 10 cm thrombus in the left iliac vein. I was put on clexane to dissolve the clot. All my other blood tests came back positive and the donor was a match. The date for the transplant came and I was finally very happy knowing that the suffering will end at last. However, three days before the operation, the donor backed out.

I completely gave up life and even prepared for death. To get back on my feet, I went through counseling sessions. A few weeks later, my nephrologist called me and asked me if there was anyone else in my family who could be a potential donor. I told him that there were people willing to help me, but that everyone had an Rh-positive blood type. He told me that the rhesus factor was usually not a problem in kidney transplants. A donor can have a different rhesus than the recipient as long as the blood type matched. I felt awful for that my former nephrologist had given me wrong information and for that I had suffered for so many years without knowing better.

It turned out that all my family members could be my donors. We re-tested my younger sister’s blood and it so happened that she was a perfect match. On November 26, 2018, my transplant took place and was a success. I am now healthy and full of life. My personal advice to all of you regarding dialysis: have an AV fistula placed if you can. Whatever situation you find yourself in, trust in God. He will guide you. Never give up.

[1] Social media and social networks can be powerful tools; moving the conversation of organ shortages into a network of friends and creating a considerably increase in willingness to register to donate. However, World Kidney Day is firmly against organ trafficking or transplant tourism of any kind including transplant commercialism, which is an exchange of money or some other form of significant material benefit between the recipient and the donor, either directly or, more frequently, through a middleman or broker who collects a fee for “services.”