I lost my kidney due to PUJ (pelvic-ureteric junction) obstruction 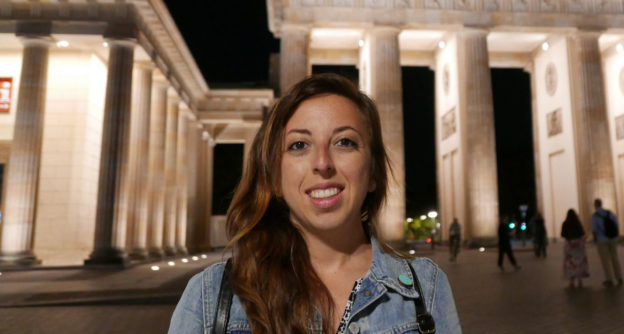 Chiara Improta suffered from a PUJ (pelvic-ureteric junction) obstruction. She chooses to share her story to raise awareness about her disease and to explain the medical steps that she had to take, including a nephrectomy,  in order to avoid further complications.

I was watching TV in my room when suddenly, I felt a strong urge to go to the bathroom. I started to go more frequently, always with more urgency until the ﬁrst blood stains appeared. The next day, I went to my doctor who, while examining me, told me that maybe I had kidney sand, a precursor of kidney stones, causing colic or urination disorders.1

I went home and suddenly started having severe pains on my right side and behind my back, where the doctor had examined me. The pain started to increase, I felt my side throbbing and the fever started to rise. The next day, I called the doctor again. She told me to have an abdominal ultrasound as soon as possible because she suspected that I had a urinary tract infection and wanted to check that there was no kidney infection, a so-called pyelonephritis.

I immediately went to the ER of the nearest hospital and the doctors began to do many tests among which an abdominal computerized tomography Scan (CAT Scan) with contrast that established the verdict: PUJ (pelvic-ureteric junction) obstruction with consequent right hydronephrosis and sepsis.

Hydronephrosis is the swelling of a kidney due to a build-up of urine. It happens when urine cannot drain out from the kidney to the bladder due to obstruction.2

My hydronephrosis is caused by a congenital blockage the so-called PUJ never diagnosed until then. The state of my right kidney was clinically unremarkable until this obstruction happened, giving way to kidney infection (pyelonephritis) which developed into hydronephrosis. The PUJ arose due to complications of the hydronephrosis, manifesting itself with fever, pus discharge in urine, pain and swelling in the back.3

The next day, they placed a right pyelostomy which is an artiﬁcial opening in the renal pelvis of a kidney in order to provide a drainage route for urine alternative to the ureter.4

Doctors gave me antibiotics for six days to combat the infection and sepsis. The urologist told me that my right kidney was no longer working and that it was necessary to remove it so that such episodes would not occur again. For a month I carried the pyelostomy and continued to take antibiotics so that the kidney could drain through the catheter and the infection could disappear. In the meantime, I did sequential renal scintigraphy to assess my kidneys’ functioning. It showed that primarily my left kidney was functioning (about 81%).

In January 2019, I was informed of therapeutic possibilities. I was advised against a pyeloplasty, the surgical reconstruction of the renal pelvis, due to the renal function I had left and due to the severe hydronephrosis I experienced. It was suggested instead that I had my right kidney removed. The surgery was performed on January, 23, 2020.

After one month, my life started again even if it changed a little bit. I consider myself lucky because the infection had been discovered in time. Luck struck again in that my remaining kidney is functioning and that with a single kidney you can lead an absolutely normal life, with the necessary precautions.

Since then I try, as much as possible, to make people aware of the possible problems aﬀecting kidneys and of the fact that they are often “silent” organs. This is why it is absolutely necessary to start an extensive awareness campaign in this regard. In particular, I try to talk about PUJ (pelvic-ureteric junction) obstruction and the importance to make an ultrasound in the first months of life to avoid problem as an adult.