How my kidney transplant changed my life goals 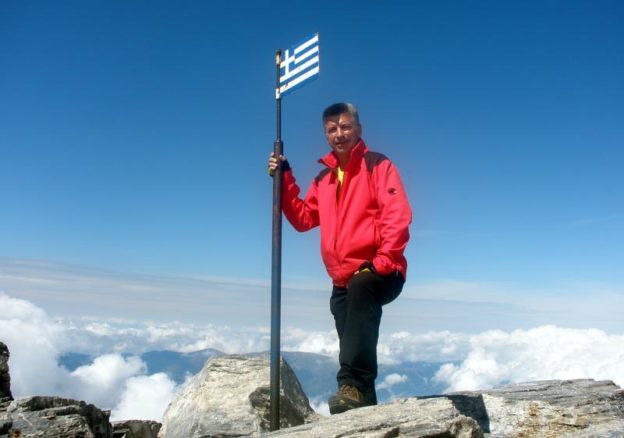 My story is probably like other patients but maybe a little different. Kidney disease, which I learned about very late, began to appear at an early age. Unfortunately, healthcare professionals did not recognize that at the time.

Namely, from the age of 14-15 years and even later, the presence of blood in the urine occurred occasionally, which doctors attributed to common colds. But it turned out later that this was a wrong estimation. My life was completely normal, school, work, going to the army, getting married, hiking, recreational soccer, etc.

The first real problems started when I was close to 40 years old. At that time, high blood pressure and occasional headaches began to appear, which I resolved by taking headache medications that certainly contributed to the rate of development of my chronic kidney disease.

While hiking, I was having more and more trouble mastering the climbs, I often had major muscle cramps, and the headaches became more frequent and unbearable. My ankles were becoming more and more swollen, I was losing my appetite, changes in my urine were evident, my blood pressure was too high. All this was also affecting my heart. During the day, while doing daily activities, and even when I was sleeping, I felt a strong heartbeat and heart arrhythmias, which scared me terribly. That’s why I contacted a cardiologist for an examination.

The examination of the heart was crucial in detecting my kidney disease. And if, when I look at everything now with an interval of 15-16 years, I cannot believe that GPs, based on the symptoms I had, failed to recognize that I had severe kidney disease. The cardiologist examined me and said my heart was fine. However, at one point, he went down with an ultrasound probe to where the kidneys were and immediately recommended that I call an internist for a kidney ultrasound.

The internist claimed that my kidneys had shrunk and suggested blood tests, especially for creatinine and urea; which is when I first heard about these. The results were horrific, 5-6 times the allowable level. I had to go to the hospital urgently.

The following morning, I went to the lab and did the necessary tests. That day I had such a headache that I thought I was going to die. In the afternoon, my wife went to get the results. She soon came back very shaken and crying. Even though it was difficult to go to the hospital for treatment, I honestly couldn’t wait because my condition was serious.

My five sisters and my father volunteered to be donors. However, at the time, the donor could only be someone whose blood type was compatible with mine. Of the six potential donors, only my older sister had blood type 0+, which I also had. At the time, I had not yet started dialysis. The situation improved somewhat. My sister and I went through the transplant process in parallel.

After extensive research, tests, and examinations, a big shock followed. The news arrived that my sister could not be a donor. This was very hard for me, my world collapsed, and I fell into depression. The only option and solution to prolong life remained dialysis. And that’s how it happened. My first dialysis took place in early 2006.

As I go on dialysis, my family, my wife, and my children watch my struggle, my torments, and it hits them hard. At the same time, everyone was trying to help find a suitable donor to get me a transplant, get rid of dialysis, and get back to my life.

Occasionally, after dialysis, I stopped by the company that my wife and I run. My nephew, the son of my oldest sister (my potential donor), also works for the company. He is young, married, and has one beautiful little girl. He had a hard time with my illness as the whole family.

I found myself in a delicate situation. On the one hand, you are given the chance at a new life, and on the other hand, you feel sorry for a young person who was only 28 years old at the time for taking a risk by giving me one of his kidneys. After talking to the doctors regarding my potential donor, they told me that I had nothing to worry about because, after the tests, they would make the final decision.

If my nephew was to be a donor, he would still be able to live a long and healthy life with only one kidney. It calmed me down a bit, and I accepted the option of having my nephew as a donor. I remembered the night before the actual transplant on March 27, 2007. I was on my last dialysis until 8:00 p.m. when I went back to the room where my donor was waiting for me. I was very nervous, a little worried, and we talked about the next day. We made sure that everything would be okay.

It was hard to fall asleep that night. At around 8:00 in the morning, doctors and nurses came to pick up my donor. I was left alone in the room. I had mixed feelings, happiness, fear, nervousness, worry, uncertainty. After a long 30 minutes, they came for me. I remember lying on the operating table. The next thing I remember was waking up around 2 pm when the doctors told me the transplant went quite well. After I woke up, I asked how my donor was feeling and if he was okay. Of course, everything went well. The donor was discharged from the hospital after seven days and me after 14 days. Life could go on.

After a few months, my nephew and I went back to work. With time, my strength returned. I felt like a healthy person. I continued to hike and conquer the peaks I had dreamed of while on dialysis. I would recreationally play football with my nephew once a week.

When I went on dialysis, I saw all these people around me lying helplessly. I knew that I would dedicate the rest of my life to fighting for the rights and better treatment of these people. I also realized that transplantation was the best treatment.

I want to thank World Kidney Day. I work a lot with young people pointing out the importance of preventing this insidious disease. I am honored to be part of your team. In my country, the situation regarding prevention of kidney disease, dialysis, and especially transplantation is not good. My human obligation is to work on this issue, change things, help people, all the people who are on dialysis and waiting for a transplant.

Therefore, I decided with my colleagues to establish an association, first at the level of the Central Bosnia Canton, and later at the level of the Federation of Bosnia and Herzegovina. I also became a member of the Board of the Donor Network in Bosnia and Herzegovina, which systematically works to raise citizens’ awareness of the importance of organ donation and transplantation.

My life has changed by 180 degrees. I am more and more involved in the work of the Association and help people, and less and less in the work, I have been doing for almost 30 years. I do not regret it because it is MY LIFE MISSION. I am one of those who think that there is a mission, that nothing is accidental, that the Almighty first gave me a warning of illness, brought me back to life, and then gave me the obligation to work and help others. I am grateful to Him for that.