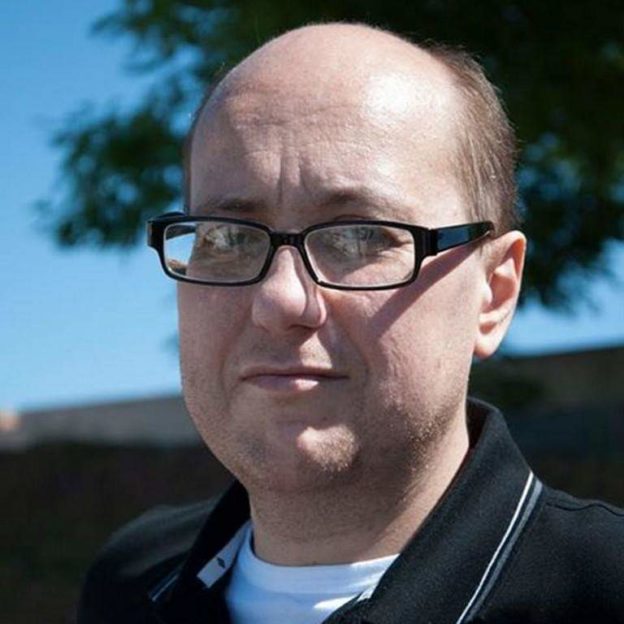 Dario Gozzi, a kidney disease patient from Abano Terme, Italy tells the story of his third “rebirth’. He recounts his journey leading up to his kidneys failing, being on dialysis and the long road to his kidney transplant.

My life was spent between doctors and diseases for a long time. In 1987, when I was just 16, I was diagnosed with testicular cancer at a very advanced stage, so I had four surgeries and chemotherapy.

In between these misadventures, I received another pleasant “gift”: a hepatitis C infected blood bag.

Anyway, after five years mostly spent checking up on myself due to the relapse risk, I was out of it, and I started living again. A new rebirth was waiting for me, that would last 25 years through thick and thin, living, working, and falling in love sometimes.

On 17th February 2012, while I was going through my daily routine – waking up as always, many things to do with my mother and so on – unexpectedly, everything had to be redone: I didn’t feel well, I was dizzy, my heart seemed to want to get out of my chest, I just took a step, and I was out of breath.

Therefore, I went to the family doctor, which actually was pretty unusual for me to go there. He checked my blood pressure, and immediately referred me to the hospital’s emergency room.

Once at the hospital, upon seeing my doctor’s referral, a nurse got a wheelchair and took me for several checkups: electrocardiogram, blood sampling, drip (on which I noticed written in felt-tip pen the word “Lasix”).

After many hours, I was hospitalized in intensive care, and so the story of this personally unknown disease began. Days went by, and so did checkups. After about 12 days of total immobility, I decided to go to the nephrology unit in Padova.

Nephrology? What kind of Unit is this?” I was asking myself. So I took 15 days off at home as prescribed, taking my tablets, blood pressure patches. I went to the indicated hospital unit. Moreover, I finally got my diagnosis: Acute Kidney Failure, at that time.

So I did other checkups and blood tests, none of which were normal. Then came the response from the doctor who still follows me, and it was DIALYSIS. She explained it to me as it was: she told me that my kidneys were no longer functioning due to my past with testicular cancer. Unfortunately, the treatments from 1987 were significantly more damaging to the kidneys than those of today, including chemotherapy.

After the Easter Break, I was hospitalized to prepare for vascular access (arteriovenous fistula) because I could not do peritoneal dialysis due to the surgeries I had undergone previously. So we opted for hemodialysis.

In the meantime, I also started the tests to be put on the transplant waiting list because, as the doctor explained to me, for my age (I was 41 at the time) a transplant was the best solution. My mother had offered her kidney, but due to her age was not suitable. I had many more checkups, in fact, all of them, including the dentist’s sore spot.

One day my phone rang, and they asked me if I was available on November 6. I said yes since it was a Wednesday, and my sessions were done on Tuesdays, Thursdays, Saturdays.

Then November 6, 2013, came, a year and a half after my first dialysis, I had a surgical visit, and finally, I was put on the transplant list.  The doctor looked at the paperwork and told me to keep my phone on day and night starting December 15 because they would eventually call me.

“What? Who? How? And most importantly, why?” I asked the doctor.

“As of this date, you will be on the transplant list.” She answered me.

Happiness came to me!

I signed the papers and the special HCV donor list as I was positive for this virus due to a previous blood transfusion.

I asked several questions, including what was involved in accepting an HCV-positive donor and she said that it would be a healthy kidney like any other, but that it could only be given to people with the same virus and that I needed to do some additional screening. Also, the waiting list would have been shorter than average for a healthy kidney. It takes three and a half years, in this case, as opposed to one to one and a half years to receive the transplant. So I immediately signed my acceptance.

I was doing the dialysis sessions quietly, each one was one less, and the certainty of the transplant list had arrived, so I started the countdown. I had my goal. The call would come eventually.

Then came the night of February 17 to 18, exactly two years after my illness was discovered. At 1:45 a.m., a voice on the other end of the phone said, “Mr. Gozzi Dario? We have the match; will you accept the kidney even if it comes from an HCV positive donor?”. Of course, I agreed and immediately went to the hospital,

I was overwhelmed with emotion, almost to the point of suffocation.

On February 19, 2014, I was reborn for the third time in Padua, where I was born 43 years earlier. On February 19, 2021, I will celebrate my seventh year of rebirth after the donation from an unknown donor, who now lives in symbiosis with me, with my projects, and with my life. Thank you to my donor angel, to his family, to my doctors and all the nurses, to all the people who are still close to me. Thank you because I am living a great rebirth.

Posted Mon May 3rd 2021 to Uncategorized