A gift that made my son smile again 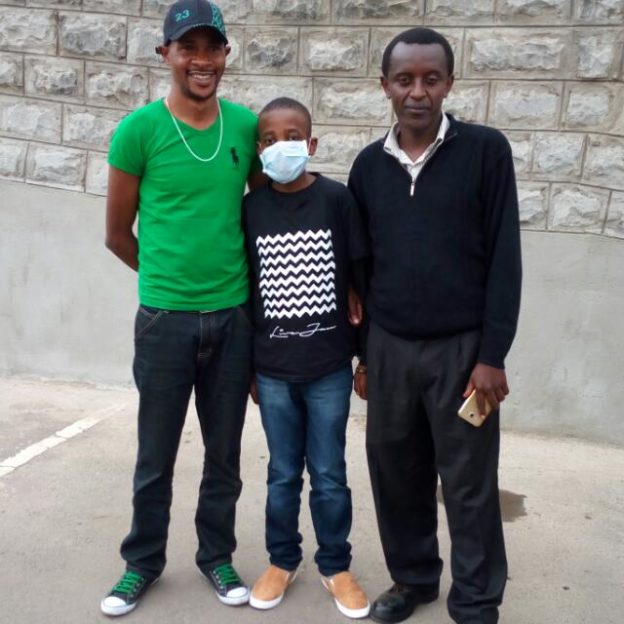 Ruth Njeri tells the story of her son who suffered end-stage kidney disease at a very young age leading to him needing multiple organ transplantations. She shares her family’s efforts in finding matching donors and raise funds for medical bills on her son’s transplant path which started in Kenya and even let him as far India.

My son, Brian Karuga, was diagnosed with end-stage kidney disease (ESKD) back in 2013 at an early age. We were confused as to why this was happening: my son didn’t have high blood pressure, nor did he have high blood sugar. The cause as to why his kidneys had failed was unknown, but he was started on dialysis which took a toll on him and made him very weak. Hence, we decided for a kidney transplant.

On the 10th of March 2014 by God’s grace, we were able to have a successful kidney transplant performed at Kenyatta National Hospital (KNH).

We were devastated… getting even one donor was enough of a challenge, but two live donors were close to impossible. We came back home and started an appeal for money and donors. Luckily enough, we got one of the donors called Paul, who was willing to donate either part of his liver or one of his kidneys. In our family, we did numerous tests and eventually, it was my brother who matched Brian. We also did numerous fundraisers, mainly in our church (PCEA Ciiko church) to get money for the transplant. We even organized a walk, where our president Uhuru Kenyatta gave us one million Kenyan schilling.

In 2016, we went back to India and the donors did all the tests for the transplant. My son went through a 22 hours surgery and the duo transplant was a success and he was more stable. Both he and the donors were wheeled to ICU; the donors recovered very fast and went back home. Recovery for Brian was gradual, we came back to Kenya in October and my son was able to complete his national examination (KCPE). Even though he had been away, he managed to pass! Brian is now in form, very energetic and strong.

I am grateful to God for giving my son a new lease of life, and I would like to thank all the doctors who worked tirelessly to ensure that Brian was well, both locally and overseas. My special thanks to the renal unit in Kenyatta for their dedication, to Artemis Hospital in India, and the three donors Alex, Paul, and Antony. They put their life at stake to save my son: the greatest love they could give me. Thank you also to all the well-wishers, family and friends who supported us both in prayers and financially, especially the Kasarani PCEA central Parish, my local church. As a family, we are overwhelmed and can only proclaim a miracle that Brian is alive today.