Reducing inequities in kidney health for Indigenous people in Australia 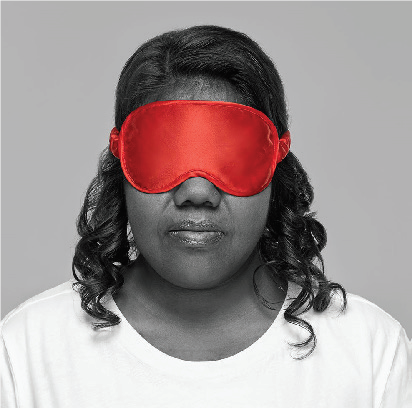 April is a big month for kidney health in Australia. The World Congress of Nephrology is in Melbourne and Kidney Health Week, the national awareness week for kidney disease led by Kidney Health Australia (as the peak kidney consumer organisation in Australia) runs from 8 – 14 April.

The Kidney Health Week campaign ‘Don’t Be Blind to Kidney Disease’ aims to raise awareness of kidney disease and encourages everyone to open their eyes and find out if they are the one in three at increased risk. A lack of awareness of kidney disease is especially concerning for the culturally, linguistically and geographically diverse Indigenous people of Australia for whom marked inequalities in kidney health exist.

Why the inequalities in kidney health?

Many of these factors are rooted in the European colonisation of Australia and the sequential intergenerational trauma of Indigenous Australians.

What is being done to address these inequalities?

In 2008 inequalities for Indigenous Australians became a focus for Australian governments with a commitment to specific targets to reduce the disadvantage – the Closing the Gap strategy. The similarly named Close the Gap campaign, led by government- independent Aboriginal and Torres Strait Islander organisations, provides a platform for advocacy and policy.

There is much to be done to Close the Gap and to achieve this we must ensure:

An initiative that aims to encompass many of these and reduce ‘The Gap’, is the Kidney Health Australia-Caring for Australasians with Renal Impairment (KHA-CARI) Indigenous Guidelines. The KHA-CARI guidelines are evidence-based clinical practice guidelines for the management of CKD in Australia and New Zealand. In 2016, the first Indigenous population specific guideline was proposed in response to the persistent and disproportionate burden of CKD among Indigenous peoples.

Kidney Health Australia are undertaking these consultations, the first of which took place in the Northern Territory (in partnership with a program from the Menzies School of Health Research – Catching Some Air). Further consultations have occurred in Perth, Adelaide and Port Augusta with more planned for 2019 and 2020.

These community consultations are essential to ensure the new clinical guidelines are aligned with community preferences and that any guideline is relevant and meaningful for both patients and clinicians resulting in positive health outcomes for these communities.

Kidney Health Australia is the national healthcare charity and peak body of kidney disease with a vision ‘to save and improve the lives of Australians affected by kidney disease.’

They are dedicated to fighting kidney disease through initiatives that lead to early detection and prevention, and through programmes to support those living with kidney disease.

At the core of how Kidney Health Australia operates are its mission, vision and values.

My Kidney Journey by Inawinytji Williamson

Inawinytji Williamson is a Pitjantjatjara and Yankunytjara Woman, kidney patient and member of the Aboriginal Reference Group in SA.