No matter how dark it gets, light will always come with a new day 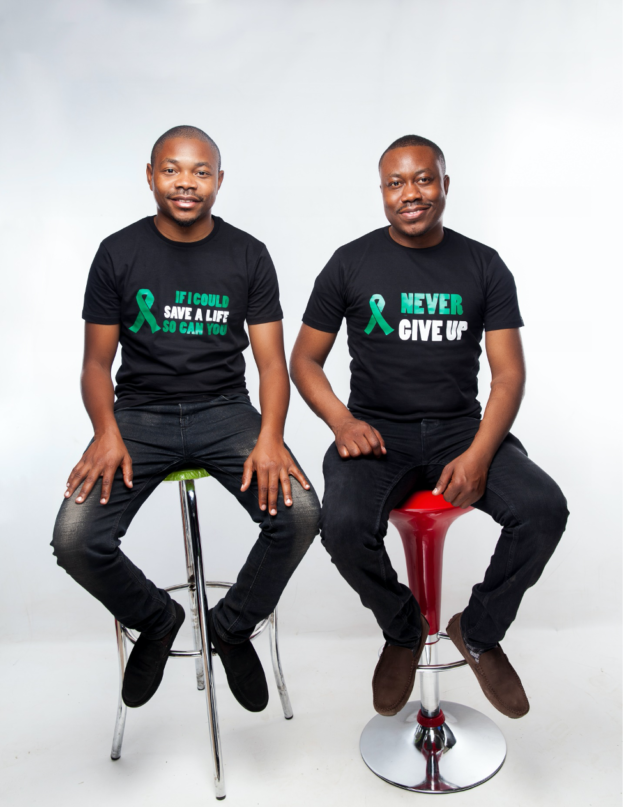 In 2017, aged 26 and being a young medical doctor, Dr. Job Kasweshi was shocked to learn that his kidneys were failing suddenly and rapidly. He shares his story of becoming the first person to be transplanted a kidney in Zambia and how his brother risked putting his academic career at hold to come to his aid. Through these challenge times, he found ways to fight his disease and stay strong.

Life can push you to the limits at times, but remember, life stops only where your hope ends.

In 2017, I faced a life-threatening disease – a disease that claims thousands of lives daily worldwide. My health was deteriorating very fast, and I went quickly on oxygen support. As I lay on that hospital bed, a doctor came in and informed me that my kidneys were failing. I thought for a while and asked myself whether that could be the end of my life! As I looked at the doctor, I remembered how I always wanted to become a medical doctor myself, and now that I had achieved that goal, I faced the biggest test of my life. Everything around me seemed so wrong and so hard to understand. I said a little prayer, trusting in God for the best. The next day, I was transferred to a specialized hospital where I immediately began my dialysis sessions. After several sessions, I improved, but was confronted with the fact that I could barely sleep at night because of the new dialysis routine including a 4 am, several hours-long session.

In April 2018, my doctors called me and said that I was in my last stage of kidney failure, therefore, I needed a transplant. I received the news with distraught, thinking, and wondering who was going to give me a kidney. I told my family about it, and they were very supportive, with my father taking the lead. Unfortunately, he could not be a donor because of his age. My younger brother, Tinashe (Emmanuel), who was extremely busy preparing for his career-changing exams (Law Practice Bar Exams) at the time, offered to give his kidney. He and I then took the necessary tests that needed to be done as we prepared for a kidney transplant scheduled to happen in India.

A week after my tests were completed, my doctors informed me that the Zambian Government had decided to conduct its first kidney transplant in the country. I was asked whether it was ok to have my kidney transplanted in Zambia, and I agreed because I was confident, they were going to do a good job. The Republican president, in consultation with the Ministry of Health, decided that my transplant should be made on 24th October 2018, which is Zambia’s Independence Day.

Now that the date was set for my kidney transplant and seeing that three weeks after the surgery my brother Tinashe was going to sit for two sets of exams almost had me cancel the transplant, but I was encouraged by how composed Tinashe was. All he wanted was to help save my life as he also prepared for his exams. All I could do was pray for him. We went ahead with the transplant, and it was amazingly successful. Tinashe wrote his exams and passed. He is now admitted to the Bar. I am grateful that he saved my life, and he is forever my greatest hero.

“There is nothing we cannot achieve if we do everything with love”. Even if your journey looks tough, never give up because “no matter how dark it gets, the light will always come with a new day.”