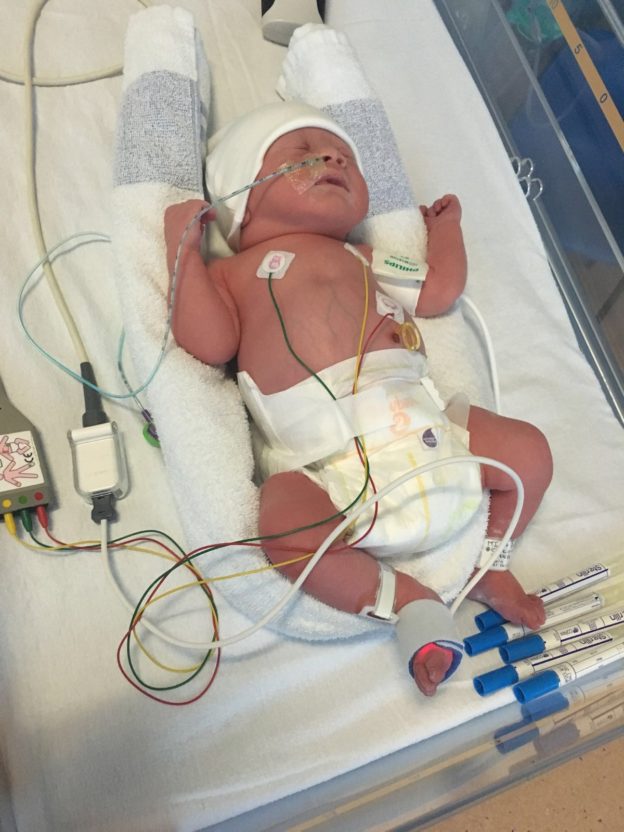 Daniella Effrim-Botchey, tells of the real-life struggles of a mother-to-be whose unborn son who was diagnosed with posterior urethral valves (PUV). She poignantly describes the emotional work of coming to terms with the diagnosis and how she adapted to caring for her son whose kidneys would ultimately fail. When faced with difficult circumstances, she found meaning and learned resilience, self-love, appreciation and patience. [2/3]

I fell in love with his little face as soon as I saw him, he had long limbs and a beautiful head of dark brown hair. I held him for one minute, I didn’t want to let him go. He was taken straight to the NICU Ward where he stayed for one week, then moved to the children’s Evelina hospital for the remaining four weeks. I got discharged the following day, and that night we had to leave without our son. It was torture for both my partner and I to deal with, and we cried every day after leaving the hospital.

People didn’t know whether to congratulate us or avoid us; we got both. I had to repeat Oliver’s condition hundreds of times to the same people, and we had a lot of “hope Oliver gets better soon!” messages.

In those five weeks we didn’t go anywhere else but the hospital. We missed birthdays, our anniversary and annual celebrations. I once passed my friend on our journey home from the hospital, and we awkwardly chatted for a brief moment as she was preparing for her baby shower the next day and we went on our way. Time had stood still for me, I was becoming a big ball of numbness. We lived off of takeaways/snacks and juggled keeping as much normality as we possibly could for our four-year-old daughter. My partner’s older sister took our daughter and our dog for a lot of the time and my partner’s mum came down and ended up staying with Ollie for a night while we went home to try and rest.

Every so often his catheter would fall out, which would result in a few doctors attempting to get a catheter back in. It was difficult because he was so small, and it was devastating to watch and hear. On some occasions I had to leave the room because I couldn’t bear to hear him in pain, and I would literally stand outside and stick my fingers in my ears so I could block it out, if only just for a few moments until I was able to gain some composure. Negative voices creeped back in, “you are so weak to not stay by your son’s side when he needs you!” At this stage I could control these voices, although they were slowly chiselling away at the last bit of self-love I had left. I held on with all the strength I had remaining. We learned the names of all of Oliver’s fancy medication and daily doses, and by the time he was four-weeks old he had his first operation. It went as smooth as I could have hoped for, and I was excited to hold my baby boy without any dangling Catheter bags or wires! It was a piece of normality I wanted to hold on to forever.

As each day went by I was running out of batteries, but felt as a mother he needed me to carry on! One particular day I was slower to get ready to go to the hospital. My partner told me to relax and take a time out, he will go up to see him after work and his older sister was going up there too. How could my partner finish work and still have all this energy to still make it to see our son? I was failing as a mother. Again. It was the lowest I had ever felt in all my life. I didn’t know how much more pain I could take. There was so much pain throughout my whole body that I just wanted it to stop. I got sent a video of Oliver from his dad at the hospital. I felt so much guilt for not being there. I told myself I was a bad mum. Through the uncontrollable tears, I went to the cupboard to look for any medication that I could find. We didn’t have any. Not one. Would I have taken them if we had any? I’m glad I didn’t have to find that one out. I curled up into a ball on the sofa and cried until I had no tears left to shed, and I could barely open my swollen eyeballs.

When Oliver got discharged, it was nothing like I imagined it to be. The day he got discharged it was past midnight, my head was pounding from lack of sleep, me and my partner exchanged some hasty words, and we were both so over this hospital. I didn’t understand why I would be given a child who needed all this medical attention when I could barely hold it together for myself.

We adapted to our new life over the coming months; I was relieved to be in the comfort of our own home but I had a hard time accepting our new reality so much so I didn’t really feel anything at all and hid it with a big smile to the outside world.

The hospital became our second home and the people we met there became our second family. Bonding with other families on the ward was like something I’ve never experienced before; these were people that shared my same fears and hopes for the future. I comforted other mothers that broke down in tears, and I had parents show me compassion when we had unexpected admissions. Mothers were so wonderful, and offered us all necessities, and I felt so humbled to see humanity at its finest.