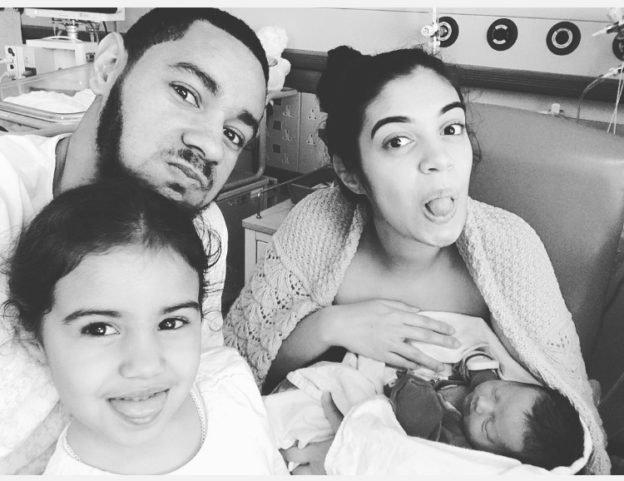 Daniella Effrim-Botchey, tells of the real-life struggles of a mother-to-be whose unborn son who was diagnosed with posterior urethral valves (PUV). She poignantly describes the emotional work of coming to terms with the diagnosis and how she adapted to caring for her son whose kidneys would ultimately fail. When faced with difficult circumstances, she found meaning and learned resilience, self-love, appreciation and patience. [1/3]

Our son was planned, and he was my second pregnancy. With him, I had to go for extra scans as my daughter was born at 37 weeks, so the hospital had to keep an eye on me because of my short cervix. My partner had come to every scan but on this particular day he had a meeting at work which he couldn’t get out of. I reassured him it was fine, it was nothing out of the ordinary, just a routine cervix scan. What could possibly go wrong…

I had my cervix checked, which was fine, but this time the ultrasound technician said she would do a quick check on the baby, which was a lovely surprise because usually these cervix checks were nothing more. I was around 23-24 weeks pregnant and gutted my partner couldn’t be here to share this moment. As I looked at the images I could see a big dark circle that kept appearing on the screen but had no idea what I was looking at. The ultrasound technician said she would be back in a few moments. When she returned, she asked if it was possible to come back later on to have another scan done by someone else. She briefly explained that my son’s bladder was enlarged and that he wasn’t urinating properly, which was causing his urine to go up into his kidneys and cause damage. Of course, I agreed on a time to come back, but I left the room with my four-year-old daughter, feeling sick and unsure of what was happening.

I couldn’t get hold of my partner but knew he was in a meeting so the next person I turned to was my mum. As soon as I spoke to her she knew in my voice something was wrong. I broke down, unable to hold it together. She came to the hospital immediately and was soon followed by my partner. None of us knew what was coming.

We were met by a senior doctor who scanned me again.

Our options were to either have a shunt procedure which could bring on miscarriage, or a second option, which was, in the doctor’s words “do nothing and he would fall apart inside of me.” My partner very calmly asked if these were the only two options available, and what would happen if he was to be born now, to which the answer was option three: termination. The doctor added that if my son were to be born now it would be a disaster. I felt like I just had all the wind knocked out of me I heard the biggest shriek, and realised it was coming from me! My body didn’t quite feel like my own anymore.

My sister-in-law had lost her beautiful baby boy Rubén at five months gestation, and with a heavy heart I went back in time to relive the pain of considering having to terminate our son. I felt some of her pain of loss along with some of my feelings of guilt that I had a chance that every grieving parent would give their last breath for.

Four days after the family tragedy I went into early labour at 33 weeks gestation. Oliver Franklyn Illidge was born on 21st January 2016 at St Thomas’ hospital (a hospital that specialises in renal care). I wasn’t sure what state Oliver would be in so I tried to stay open-minded in all scenarios.